“The future of mobility is electric, connected and autonomous.” This bold declaration from Nissan succinctly encapsulates the mobility of tomorrow. 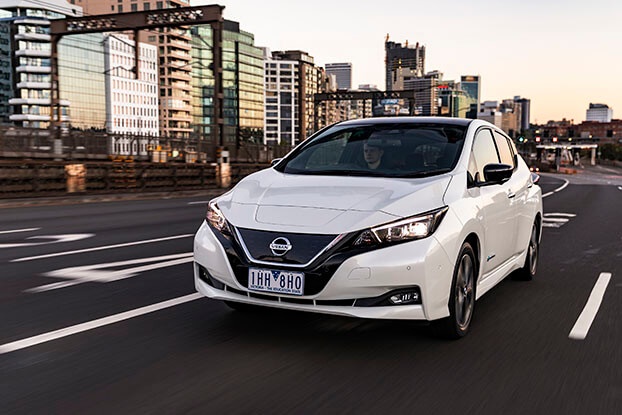 “The future of mobility is electric, connected and autonomous.” This bold declaration from Nissan succinctly encapsulates the mobility of tomorrow.

As the world’s first brand to mass-produce an electric car, Nissan has proven expertise in electrification and has already put more than 380,000 zero-emission electric vehicles on the road globally. From here the company’s plan is to bring more than 1 million electrified vehicles to consumers around the world within fiscal year 2022.

The global recognition of Nissan’s leadership in electrification has led to outstanding awards for LEAF in major automotive events, such as the 2018 World Green Car award at the New York International Auto Show - which paved the way for the icon of Nissan Intelligent Mobility to arrive in the Asia and Oceania (A&O) region.

In February this year, Nissan announced that LEAF would go on sale in several countries across the region, including Australia, Hong Kong, Malaysia, New Zealand, Singapore, South Korea and Thailand; with the latter two markets already taking pre-orders of the vehicle.

&The arrival of the Nissan LEAF in A&O is backed by a proven consumer appetite to move toward electrification.

For example, in an independent study* by KANTAR TNS, on behalf of Nissan Australia, 63 per cent of Australians feel the move to electric vehicles (EVs) is inevitable, almost two-thirds (62 per cent) of Australians are more open to an electric (or other alternative fuel) vehicle than they were five years ago, with half saying that electric vehicles are cool and trendy.

As Nissan continues to work with federal and local government, and the private sector to drive more electrification infrastructure in the community, here’s a look back at some of Nissan A&O’s most important electrification moments in 2018.

The New Nissan LEAF is named a top 10 finalist in the prized 2018 World Car of the Year awards and included in the final four in the 2018 World Green Car category.

This marks the fifth time in the 14-year history of the awards that Nissan has been a finalist. The re-invented Nissan LEAF combines a dynamic new design and advanced technologies.

Nissan Futures, an event that gathers industry leaders, government officials and media from across Asia and Oceania, addresses the topic of the future of mobility beyond electrification.

Nissan Futures displays the new Nissan LEAF together with EPORO robots and the Nissan Note e-POWER, featuring the e-POWER electrified powertrain. A Vehicle-to-Home display demonstrates how Nissan LEAF owners can supply their homes with power from the car's battery.

As part of Nissan’s commitment to a cleaner and more efficient driving future, the brand announces the new Nissan LEAF will eventually go on sale in seven markets in Asia and Oceania including: Australia, Hong Kong, Malaysia, New Zealand, Singapore, South Korea and Thailand, with plans to also introduce it in other markets in the region.

Among the targets, Nissan aims to sell 1 million electrified vehicles – either pure electric models or those with e-POWER powertrains – annually by fiscal year 2022.

The Nissan LEAF is named the "2018 World Green Car" at the 2018 New York International Auto Show.

It is the first all-electric vehicle to win the World Green Car award since the category's inception in 2016.

Since the Nissan LEAF was launched in 2010, Nissan has put more than 380,000 zero-emission electric vehicles on the road worldwide, helping to reduce carbon footprints globally.

At the Korea Automobile Importers and Distributors Association (KAIDA) forum, which focuses - in part - on EV strategies of the major automakers, barriers to accelerating EV adoption in markets and EV battery technologies, Nissan commits to making electric vehicles more accessible to more customers as the future of mobility fast approaches.

Nissan lays out the company’s vision for the future of motoring at Innovfest Unbound, south-east Asia’s largest innovation festival.

At the core of the company’s R&D efforts, Nissan plans to promote electric vehicles not just as a means of transportation but also as part of a new type of vehicle ownership—allowing consumer to connect their cars to the energy grid to help their cities and their communities manage energy better.

At the Philippine Electric Vehicle Summit, Nissan calls for greater cooperation among automakers, governments, and other stakeholders to accelerate electrification in the Asia and Oceania region.

The Metropolitan Electricity Authority (MEA) of Thailand, and Nissan, sign a landmark agreement to work together to ensure that home charging options create the right infrastructure in preparation for the launch of the new Nissan LEAF in Thailand this fiscal year.

Nissan declares the future of mobility is electric, connected and autonomous at Blognone Tomorrow in Bangkok

Nissan shares its vision on the future of automotive and its modern applications for everyday life at Blognone Tomorrow in Bangkok.

According to Vincent Wijnen, senior vice president for Nissan Asia and Oceania, Nissan understands millennials expect to be connected whether they are driving or riding as passengers in cars.

Based on a Nissan-commissioned study, more than 40 per cent of Thai consumers are open to buying an electric vehicle as their next car.

Nissan shares its vision of the future of mobility with heads of states, ministers and prominent business leaders at the 2018 World Economic Forum on ASEAN in Hanoi, Vietnam.

A delegation of Nissan talents from across Asia & Oceania advocate for bridging worlds for inclusive innovation and share their views on smart cities and Industry 4.0.

Led by the launch of the new LEAF, Nissan prepares for an expected spike in electrification and electric vehicle interest and sales.

At an electrification thought leadership event in Sydney, Nissan announces deliveries of the new generation Nissan LEAF will begin in mid-2019, and that the Australian-spec model will feature e-Pedal, Apple CarPlayTM and Android AutoTM.

The new LEAF will also provide an expected real-world driving range of up to 270 kilometers per charge (WLTP combined cycle)¹ due, in part, to the larger 40kWh battery.

Nissan declares "The future is electric, connected and more autonomous"

Producing electric vehicles longer than anyone else and noted as the first brand to mass-produce an electric car, there are now more than 380,000 Nissan LEAFs on the road.

Together with Alliance partners, Nissan states it “a plan for the future that is more credible than anyone else”.

Nissan showcases the e-power technology to bolster trade relations between Nissan and Malaysia and pave the way for Malaysia’s future LEAF launch.

Special benefits are offered to pre-order customers including and KRW400,000 worth of charging fee.

Nissan displays the new LEAF and the e-POWER system at the Kuala Lumpur International Motor Show alongside a range of innovative and intelligent Nissan vehicles.

The Nissan LEAF wins its first major Australian automotive award, the coveted Drive.com.au Car of the Year Green Innovation award, for its abilities beyond being just an electric car, with the capacity for its battery to provide energy back into the household grid.

The LEAF makes its local debut at the Thailand International Motor Expo 2018.

* KANTAR TNS was given the task of gaining a better understanding of Australians and their current attitudes towards the environment. Specifically, the research paper focused on electric vehicles and purchase consideration, environmental attitudes and how they were changing, and barriers to purchasing an electric vehicle.
¹ WLTP range for European spec model. NEDC range is 350km.