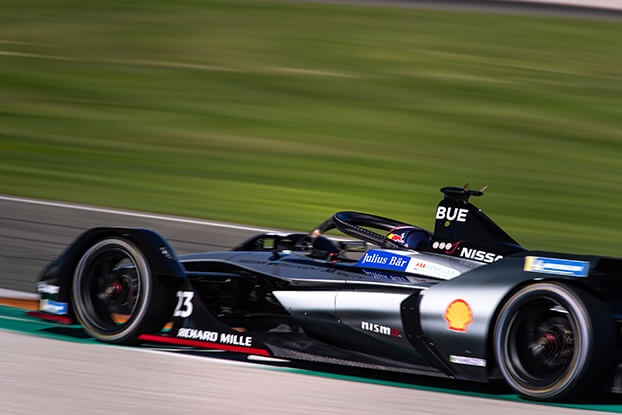 Earlier the Swiss driver topped the times in the first session after lunch. His time aboard the No. 23 car was the fourth fastest time overall for the day.

Buemi won the Formula E driver’s championship in season two and holds the series records for most wins, poles and fastest race laps. The e.dams team is a three-time team’s championship winner.

The Nissan e.dams team has one more day of testing on Friday when the official series preseason test comes to a close.

Nissan is joining Formula E as the first Japanese carmaker to participate in the innovative series and as the global leader in electric cars, with more than 365,000 Nissan LEAF vehicles sold.

Nissan’s Formula E program will show a new “performance side” of Nissan Intelligent Mobility – the company’s vision for changing how cars are powered, driven and integrated into society. 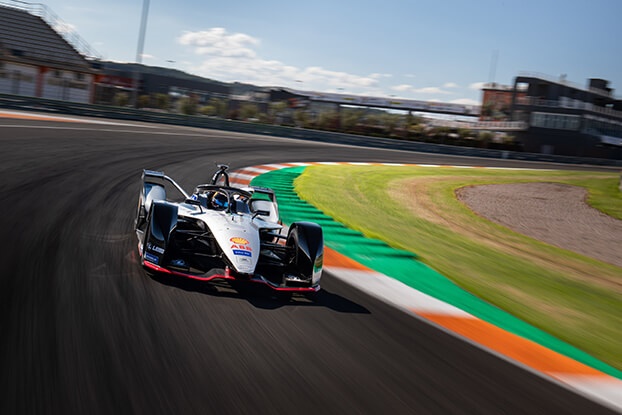 "It was a very positive day for the team, and we will be ready for the final day of testing coming up on Friday.
“Today we managed to gather a lot of data that the team will analyze tomorrow in preparation for the final day.
“Everyone is learning more about new cars with every lap and I feel we are moving in the right direction.”

“Seb and everyone on the Nissan e.dams team did a great job today, and we’re very pleased with the progress today.
“To see the No. 23 at the top of the timesheet after lunch was great. Our objective was to work through our test items while evaluating the other team’s progression.
“While tomorrow the cars rest, it will be a busy day for the engineers and mechanic to put all the learning together for Friday.”