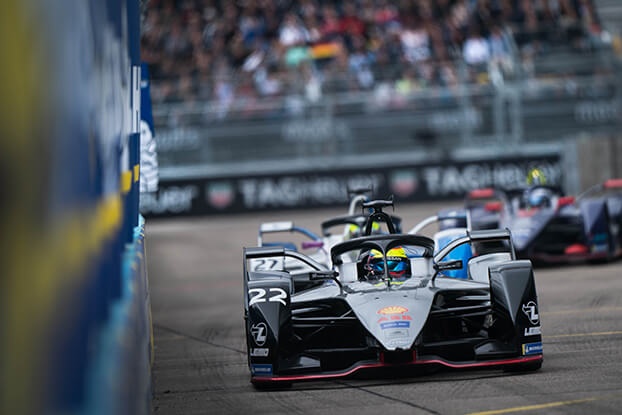 The final European race of the season will be staged in Bern – just over 100 kilometres from Buemi’s home town of Aigle.

As the market leader for electric vehicles in Europe, Nissan is using Formula E to demonstrate the power and performance of its electric vehicle technology – a key part of the company’s Nissan Intelligent Mobility vision.

The Nissan LEAF was the best-selling electric car in Europe in 2018, and the 2019 lineup has been enhanced with the addition of the LEAF e+, offering increased range and power.

Switzerland has been a strong early adopter of electric cars. The share of electric vehicle ownership in the country is the third-biggest in Europe. Motorsports – via the all-electric Formula E championship – returned to Switzerland for the first time in more than 60 years last season with a race in Zurich.

Nissan e.dams has scored more points than any of its rivals in the past two rounds, with back-to-back podiums and three consecutive pole positions.

Buemi enters his home race on a high after scoring the pole position and taking his first podium finish of the season, in second place, at the last round in Berlin.

With five pole positions – three for Oliver Rowland and two for Buemi – Nissan e.dams has been the fastest team in Formula E qualifying throughout season five, its first in the championship.

“The team did another great job in Berlin, and our next step is to turn that qualifying speed into consistent race pace,” said Michael Carcamo, Nissan’s global motorsports director.

“We’ve scored back-to-back podiums for the first time now, and our goal is certainly to continue that in Switzerland.

“It was great for Sebastien to get back on the podium in Berlin, and I know he is super keen to take Nissan to the top step of the podium in his home race.”

The new venue will offer unique challenges for Nissan e.dams and the other teams, with spectacular elevation changes.

SEBASTIEN BUEMI
“I’m super excited to race in Bern, because it’s even closer to my hometown than Zurich. Last year, it was amazing to get the chance to race in my home country for the first time, and I crossed the line in fifth place. It would be a huge thrill to get onto the podium. The last race in Berlin was really strong for us, and our car has been very fast in qualifying. We’re still working on improving our race pace, but when you look back at how far we’ve come since the start of season five, you really have to give credit to the team. They’ve done an outstanding job, and our development just never stops.”

OLIVER ROWLAND
“I can’t wait to get back in the car in Bern. I was really happy with my pace in Berlin, but it was just my run in qualifying that made the day a little tough for me. My aim is certainly to get back into the Super Pole top six, and then you’re in with a good chance in the race. The circuit in Bern looks amazing in the simulator, and I can’t wait to try it for real this week. The elevation changes bring a whole new challenge for Formula E, and we’ll have to work very hard on energy management during the race.”

#FANBOOST
The Nissan e.dams team has been popular in the “Fanboost” vote. Fans of the team can help its drivers access an extra boost of energy during each race by tweeting using the hashtags #FANBOOST and #SebastienBuemi or #OliverRowland. They can also vote by visiting nismo.com/fanboost/seb or nismo.com/fanboost/oliver.