Nissan e.dams is taking its Formula E challenge to new heights – literally – after an impressive round in Chile, where the team started on pole and led two-thirds of the race. This weekend’s competition at Mexico City’s Autodromo Hermanos Rodriguez is the highest on the ABB FIA Formula E Championship calendar, at 2.2 kilometres above sea level.

The low air pressure and oxygen levels present new challenges for the team: The lower the air pressure, the harder it is to cool the powertrain and battery of the team’s all-electric Formula E race cars.

While this is Nissan’s first Formula E season, the company already has a solid track record with regard to electric cars in Mexico.

The Nissan LEAF, the world’s best-selling electric vehicle, went on sale in the country in 2014.

Nissan recently launched the second generation of the LEAF, which is the first vehicle in Mexico whose purchase process can be carried out entirely via digital platforms.

Fans at the Mexico City E-Prix will be able to see the Nissan LEAF up close at Nissan's display in the fan eVillage at the circuit.

Nissan became the first Japanese brand to join Formula E at the start of season five, which is being contested over 13 races in 12 cities around the world.

Nissan is using the all-electric racing series to demonstrate the performance side of Nissan Intelligent Mobility, the brand’s vision for changing how cars are driven, powered and integrated into society.

Nissan enters this weekend’s race with its driver Sebastien Buemi holding the best qualifying record in the championship after the first three rounds. His pole position in Santiago, Chile, was the first for Nissan in its debut season.

Buemi and teammate Oliver Rowland will be looking to build upon that performance this week during the compact Mexico City schedule, which features practice, qualifying and the race all in one day and eliminates the Friday shakedown session. “Now, our goal is to turn that pace into results in Mexico City. We’re very confident that a strong finish is just around the corner.

“We were in the top two in the opening laps in the first round. We were unlucky to be pushed wide in the first corner while running in the front pack in Morocco. And then, we started from pole and led the majority of the race in Chile.

“The level of competition in the championship is intense, but our outright pace has been very consistent. If we’re fast enough for long enough, the results will come our way.”

Nissan e.dams completed more virtual development miles in preparation for this weekend, with both drivers testing on the team’s simulator. Testing will continue Sunday in Mexico City, with an official series test.

“The air is thin and the corners are tight in Mexico City,” said Jean-Paul Driot, Nissan e.dams team principal.

“This will be a very different challenge from Santiago, where we had plenty of long straights. We have 18 corners packed into a little more than two kilometers, so there’s always plenty of action – but our goal will be to try to stay out of trouble.

“Strategy is also going to be very important here, using the extra power from the attack mode activations. I hope the fans will support us again by voting for Sebastien and Oliver through #FANBOOST.

“Our goal will be to score a strong finish on Saturday and then continue our development program on Sunday in testing.”

Buemi received extra power in both of the past two races via #FANBOOST. Fans can help their favorite driver win an extra power boost by tweeting or posting on Instagram using the hashtags #FANBOOST and #sebastienbuemi or #oliverrowland.

Saturday’s action in Mexico City begins at 7:30am, with the 45-minute (plus one lap) race scheduled for 4:03pm.

Sebastien Buemi
“Mexico City is a special track for us, because we use part of the Formula 1 track and part of the stadium. It’s unique for Formula E in that regard.

“It’s a big challenge to race there, because you have a lot of corners packed into a pretty tight layout. The altitude of Mexico City provides additional challenges, because it can be quite hot, and the atmosphere has less oxygen. This can have an effect on cooling the battery and powertrain. However, we had our hottest-ever Formula E race in Santiago, and our car was very strong, so I expect this shouldn’t trouble us a great deal.

“We certainly had the pace in Santiago, and the Nissan e.dams powertrain package has improved immensely from preseason testing. Now, it’s going to be about having a trouble-free day from practice to qualifying to the entire race. I’m confident we’ll be very competitive.”

Oliver Rowland
“I’m looking forward to getting back in the car for Mexico City. Although we didn’t get the result we wanted in Santiago, I’m starting to feel really comfortable in the car, and I can’t wait to get back out there.

“For me, to move forward is about being able to put the complete day together. I didn’t quite get the first sector right in qualifying at the last round. Otherwise, I think we could have been into Super Pole.

“Once the lights go out, I’ve felt really strong in the races and been able to move forward quickly and gain some places. Nailing down that qualifying lap is super important, and then, if I can move forward from there, I’m going to be right in the mix. 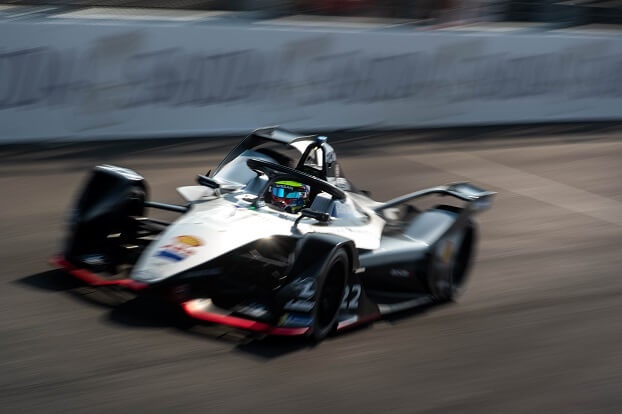